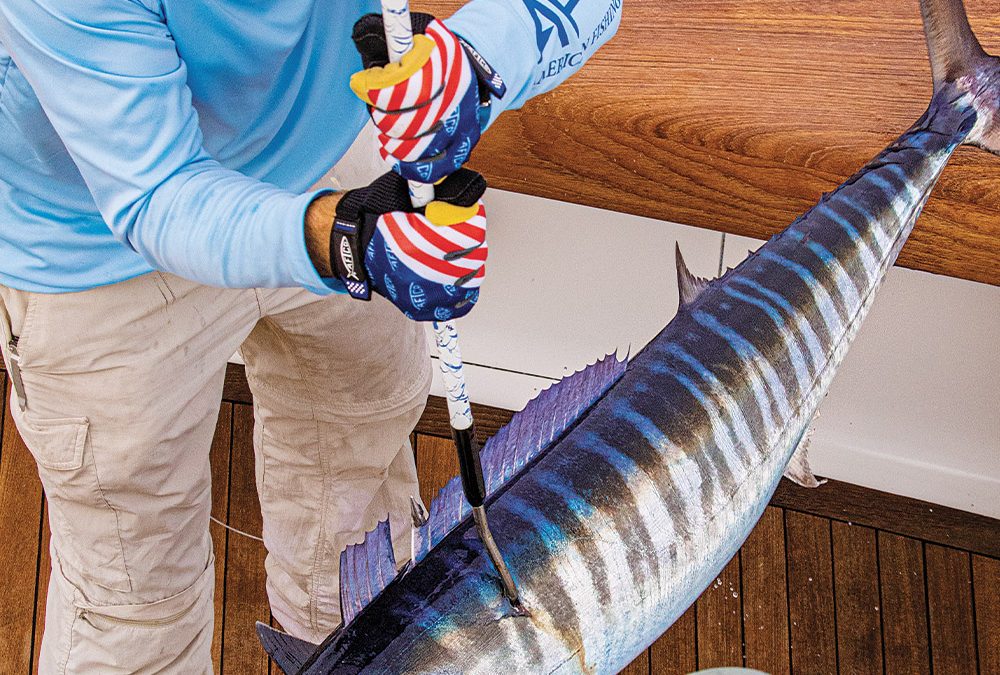 Targeting wahoo is a specialized art, ranging from live-baiting to high-speed trolling. A slashing fish with a hard mouth, wahoo are difficult to hook. If they’re still on after the strike, it’s a must to keep a tight line, right to the gaff; any slack and their violent head shakes will likely toss hooks. Even then, they sometimes, somehow, disconnect.

The right rig at the right speed with the proper technique spells wahoo success. Zach Stovall

The Pride of Marathon

Enter Capt. Jimmy Gagliardini, an in-demand Florida Keys guide specializing in reef, wreck and offshore fishing. With an extensive background in big-game fishing, and now a 17-year veteran charter captain behind the Blue Green Resort in Marathon, Gagliardini has perfected a rig that literally grabs a wahoo, regardless if they miss the hooks on the strike or shake them during the fight. He claims his hookup-to-fish-box ratio with this rig is outstanding. So much so that if one actually escapes the Gagliardini Grabber, credit ­usually goes to divine intervention. The rig is small- to midsize-boat-friendly and geared for traditional trolling speeds. Just send a couple out on flat lines and go catch your wahoo dinner. 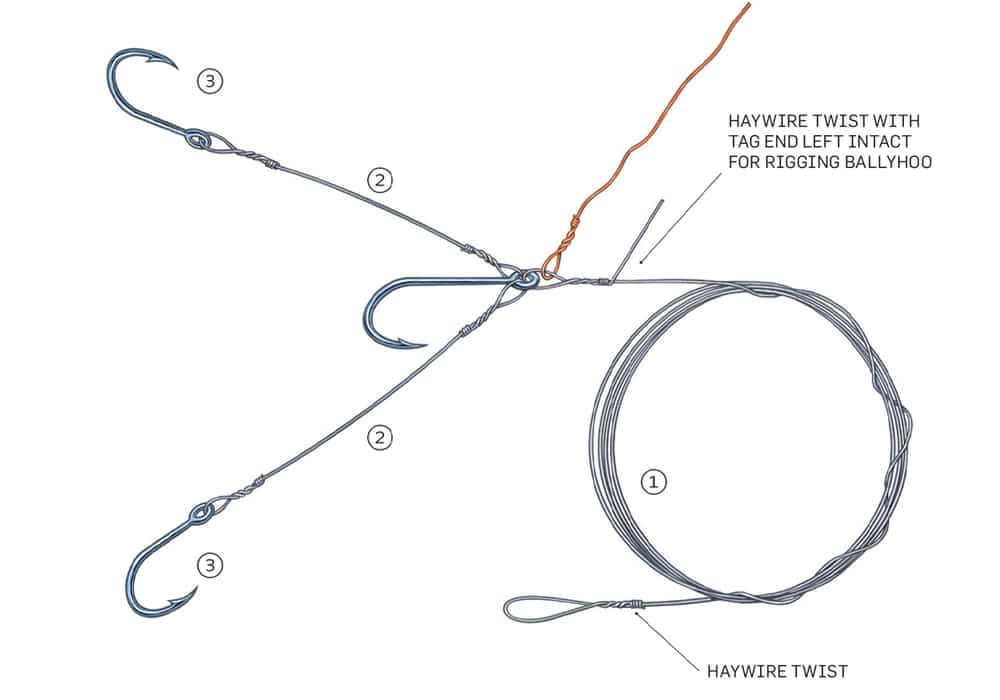 With three hooks carefully aligned, three strands of wire and six haywire twists, the Grabber demands careful rigging. Prep enough rigs for a day’s fishing ahead of time; all that remains in the morning is rigging the ballyhoo and skirt, and storing them on ice. [1] Cut a 4-foot length of No. 9 wire. Haywire-twist a 7/0 O’Shaughnessy hook to one end, leaving a couple of inches of the tag end upright and at 180 degrees to the hook point (you’re creating a pin rig). Twist a strand of soft copper wire to the connecting loop. [2] Based on ballyhoo size, cut two 4- to 5-inch stinger leaders from the No. 9 wire. Connect each to the eye of the lead hook, one on each side of the hook eye, with a haywire twist. [3] Add the smaller hooks to each stinger wire, measuring the precise length of both so the hooks lie halfway down the body of the ballyhoo. Secure with a haywire twist or barrel wrap, making sure the hooks point outward. Steve Sanford

Components include a weighted, streamlined, cone-shaped lure, No. 9 single-strand wire, soft copper wrap, a 7/0 O’Shaughnessy hook, two 6/0 short-shank J hooks, and a fresh bally­hoo. The advantage lies with the two separate stinger strands that swing freely along the body of the bait.

“A lot of wahoo throw hooks with their radical head shakes,” Gagliardini says. “With this setup, the stinger hooks grab hold during these head shakes. This is a great thing, because should the main hook pull, at least one stinger hook should be deeply embedded in the fish. Just use extra caution when handling a caught fish; you’ll have both the sharp teeth and three hooks to keep an eye on.” The effectiveness of the Gagliardini Grabber lies in the specialized placement of the hooks, which maximize opportunity when a wahoo strikes. In typical mackerel style, wahoo often strike the back half of the bait. With this rig, those strikes become hookups. [4] Holding the stinger strands off to the sides of the bait, insert the lead hook into the ballyhoo’s throat latch, work the bait onto the shank, and pull its point out at the bait’s belly. Then pass the wire leader “pin” (tag end) through the bait’s lower jaw and out the upper jaw. Secure the bait by passing the soft copper wrap through its eye socket and wrapping firmly a couple of times behind the pin, then around the jaws in front of the pin, ending with a wrap or two around the wire leader. [5] Slide the lure onto the wire ­leader, and haywire-twist a small loop at the end of the leader to attach to a snap swivel on the main line. [6] Finally, trim back the skirt just in front of the stinger hooks to avoid any tangling. Steve Sanford

Wahoo are caught year-round, but they migrate off South Florida, the Keys and the Bahamas during the winter, with Thanksgiving as the usual kickoff.

During the spring and summer season, look for them around structure, such as wrecks, ledges, humps, rubble and sharply descending bottom, as well as surface transitional zones between 90 and 250 feet of water.

During July and August, South Florida sees some of its largest wahoo, often caught around schools of bonito.

At times, ’hoos hold under floating debris, much like dolphin, or sometimes hang beneath a school of small dolphin well offshore.

There are numerous tactics to score wahoo, but among the simplest and most effective is trolling natural-bait-and-lure combos such as the Gagliardini Grabber, and medium to large ballyhoo with an Ilander or similar lure.

Artificials also work well on their own. The best choices include weighted, cone-shaped trolling lures and deep-diving plugs trolled between 8 and 10 knots.

Two crucial things to remember on the strike: First, maintain trolling speed and heading for 30 seconds or so to help set the hooks and keep the other baits in play to entice other wahoo; second, set a plotter waypoint at the location of the strike so you can return to that spot. Wahoo are schooling fish, so where there’s one, there’s often more of them.

Lastly, when trolling, send at least one bait down on a planer, such as Sea Striker’s HS-8. Wahoo often hold 100 feet or so beneath their targeted forage. 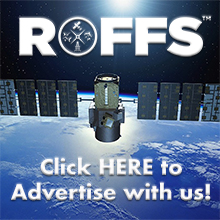 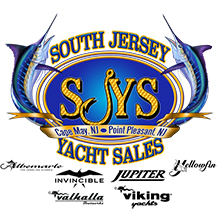