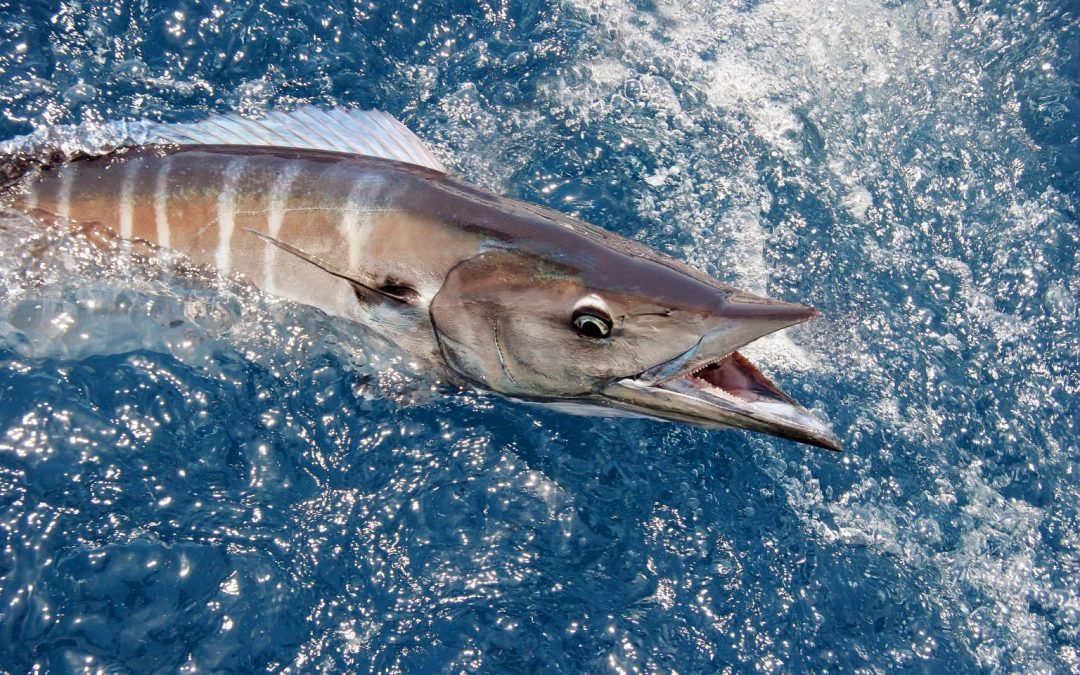 The line screams out 150 yards and then you encounter it. The vertical blue-white stripes identify one of God’s most unique creations—it’s the Wahoo. The cobalt waters of the Gulfstream could never be the same without her.

The Wahoo (Acanthocybium Solandri) is the ultimate predator and one of the most beautiful and largest species stalking the Gulfstream off the Carolina’s. Their speed and hunting ability is unsurpassed. The Wahoo is a member of the Scombridae family which includes the mackerels and Tunas. Off the Carolina coast, these pelagics are prolific feeders desiring squid, frigate and bullet mackerel, flying fish, crustaceans and other protein bait also desired just like her other topwater competitors such as Billfish, Tuna, and Dolphin.

A mostly year-round presence in the Carolina’s, Wahoo are attracted to blue water habitat, live bottom, and Sargasso habitat. They share their presence with associated prey species seeking these same exact habitats.  Most of the preferred water boundaries are found along the western wall of the gulf stream where meandering eddies and blue water filament bands are located along or near the 30 to 100-fathom break. During warmer water temperature seasons, the Wahoo work the water boundaries inshore of the stream. They will also hunt the live bottom terraces around 110 ft. depth, 90 foot, and even the 60 ft. terrace if water conditions are favorable. These mid-shelf live bottom terraces are found along the entire east coast continental shelf from south Florida to the north of Cape Lookout.

A few known facts about the Wahoo:

East and South Florida Friends: Be sure to check